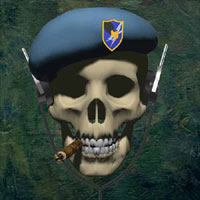 Known to his gaming friends as "gorby", GoreBagg is a well-known champion online gamer and, at the young age of 68, is one of the elders of the gaming industry. He worked with American McGee on Quake and has participated in the planning and development of many of the games in use today. His Team Fortress maps are legendary.

GoreBagg's level designs, weaponry and characters are all based on a design concept that is sometimes called "retro", but is actually a reflection of his life as a world-famous artist and alumnus of Otis Art Institute. He has works in the White House, Camp David, the Smithsonian and other museums and famous world-class collections including King Hussein and the Dalai Lama.

His military background is shrouded in secrecy, but during the Cold War he was a member of the Intelligance Branch of the Army Security Agency. 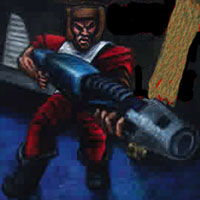 Val cut his teeth as a core designer at MIT working on the first Unix systems. You can still see some of his code bouncing around the kernel.

When the Amiga first hit the streets Val switched into game development and hasn't looked back. Granted the systems have changed, but he is still following that original vision. 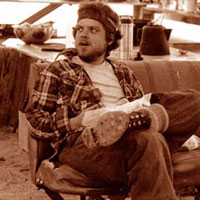 Kru is responsible for creation of the nearly 1000 models, 5000 textures, and 1500 sound fx that make up the GODD™ Games environment.

His preferred tools are Maya, Fragmotion, Sound Forge, Photoshop, GIMP, and Borland C++ compiler (for those utilities he has to generate himself).

"Being a gamer and quantum physicist have definitely influenced my design. It takes a combination of down-to-earth butt-in-the-chair hands-on experience and the ability to think in total abstract out-of-the-box new forms. I like both parts :P" 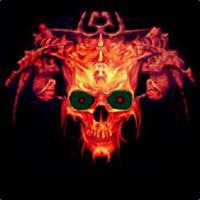